The art of dining Chinese style 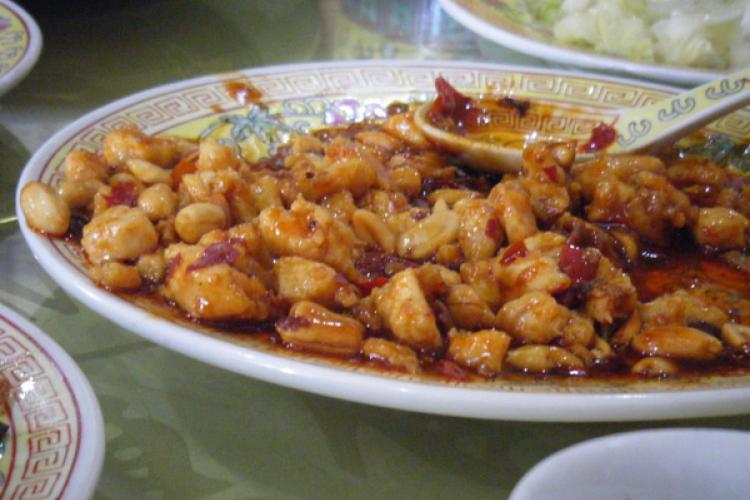 The elaborate customs are an interesting mixture of practicality, superstition and social inertia. Westerners aren't expected to know the details but, as with learning a bit of the local language, it always helps. Following them will make for an enjoyable new experience and bring pleasure to a gracious host.

Chinese dining etiquette specifies how the participants are seated and when. Customs dictate when diners eat or drink and how. They even state who should leave in what order. But far from being a grim affair, a Chinese meal entails reveling in the pleasure of fine food and active conversation.

At many Chinese meals there is a guest of honor. Even when the occasion is far from any sort of official function or special celebration, one diner may be the focus of the event. That person is placed opposite the host, who is at the head of the table.

When the event doesn't call for an honored guest, there is still a social hierarchy that is recognized and followed. The most respected diner, often the father or the eldest male, is seated first. As he plays host to others he will serve guests, which is not considered a servile role.

The host eats or drinks first, but he will pay careful attention to his guests' comfort and pleasure. He'll ensure that their tea cup is filled and their palate satisfied. A good guest in turn will sample each dish offered and show open appreciation for the fine dishes prepared.

If the host serves the dishes from a central plate, the guests are expected to thank him for it.

When at a table where there is no head a good diner will serve another before himself. Dishes containing food are placed in the center of the table so that each option is available to all. The dishes are left there and food moved to a diner's plate. It is impolite to move a serving dish to one's one plate and shovel food onto it, then replace the dish. Unlike Western culture, however, it is not considered impolite to reach across another diner to get to the serving dish.

Guests will please their host if they have a second helping, though the final result should leave some food on the plate. A host may be saddened if the guest cleans the plate bare, since this is a sign that not enough food was provided. Likewise, it is inappropriate to take the last of any food from the center.

Using chopsticks is becoming more and more optional, but in a traditional Chinese meal it is de rigueur. Diners unfamiliar or unpracticed with Chinese chopsticks -which differ slightly from their Japanese cousins- can quickly come up to speed. A knowledge of the proper technique and a little practice will soon make them proficient. Remember never to place them upright into a bowl of rice, since this resembles incense sticks burned after a dear one has departed this life.

Following dining customs won't bring about world peace and violating them won't lead to major upheavals. But an attention to traditional mores can lead to a pleasantly different experience and bring a smile to a grateful host.

All About Chinese Chopsticks

As anyone who has been to a Chinese restaurant knows, chopsticks are the traditional implements for eating Chinese dishes. But far from being difficult and inefficient, they're actually very versatile. They require a moderate amount of technique and practice, but in short order anyone can learn to use them well.

Chopsticks have been in use for over 3,000 years. They receive a mention in The Book of Rites dating from the Shang Dynasty that ruled China from 1600BC – 1100BC. In that time they've been made of ivory, bronze, bamboo and many other materials. Decorative designs may employ gold, silver, ceramic enamel or lacquer and other compounds. The Kuaizi Museum in Shanghai has collected over 1,000 pair, many of them centuries old.

Chinese chopsticks are usually about 8-10 inches long and often thickened or blunt at the ends. Both sticks are the same. Japanese chopsticks, by contrast, have narrowed ends, more pointed than their Chinese cousins.

The trick is to have both a firm grip on each while being able to swivel one into the other in a pincer-like movement. That motion is performed by moving the index finger and thumb just slightly, opening and closing the pincer. You should be able to tap one end into the other and make an audible sound without losing grip on either.

Chinese dishes are prepared with all this in mind. Instead of large slabs of beef or whole legs or breast of chicken, meat is made bite-sized. Dumplings (Jiao Zi) are made so that they can easily be grasped between the chopsticks. The weight and size make it simple to hold them without opening the pincer too wide or falling out too easily. Rice can be scooped into the mouth by bringing the bowl up to the lips. Slurping soup is not considered rude in Chinese dining.

Despite the name, no stabbing or chopping is required or expected. In fact, in Chinese dining etiquette, such things would be considered impolite. There are several other traditional customs in the proper use of chopsticks, as well.

Sticking chopsticks vertically into a bowl of rice is considered poor taste. They resemble the incense sticks that are placed in remembrance of the dead. Unlike some Western circumstances, the Chinese don't generally mix meals with mourning. In Chinese culture, eating even an ordinary meal is a celebration. Instead, rest them on the side of the bowl or plate.

Waiving chopsticks in front of the face or at other diners is equally bad manners. Neither should one suck on the tips or lick the length of the chopstick. Nor are they used to pull a food dish toward one. Chopsticks may be provided in or with a central dish to scoop food onto one's plate. Use them instead.

The art of Chinese tea

The ancient culinary art of China