Food in North Carolina is barbecued pork more than anything else. 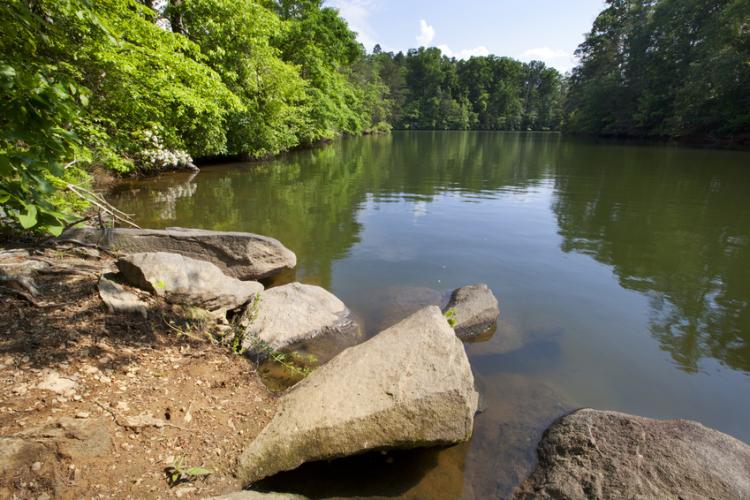 Food in North Carolina means barbecue, and pork barbecue at that. Barbecue joints have been places where everyone comes together ignoring their differences, even during the Civil Rights movement era. However, barbecuing is very competitive in North Carolina and the state holds about twenty five cook-offs every year. It has been said that basketball and barbecue is all North Carolinians care about.

While a barbecue means beef in most of the states, in North Carolina barbecuing means pork, cooked slowly over an oak or hickory fire so it will take the smoky flavor.  The meat is always served with a BBQ sauce. The sauce is very important and it always has vinegar, herbs and spices. There is a difference of barbecuing style between east and west in North Carolina, particularly in the sauce. In the west, they use only pork shoulder and they add a tomato base to the barbecue sauce, however in the east they do not add tomato to the BBQ sauce and cook the whole hog.

The mayor food industries include poultry and eggs. North Carolina raises more turkeys than any other state, and is also well known for producing hogs and cattle. Crops include soy, peanuts and sweet potatoes.

Rose Hill is said to be the home of the world´s largest frying pan. The pan is 15 feet wide and is used to fry chicken during their annual fundraiser.

Barbecue with coleslaw and fries is a favorite here, although people in North Carolina also enjoy a variety of Southern dishes like Southern fried chicken with mashed potato and gravy, chitterlings, crackling bread, Brunswick stew, catfish, hush puppies, quail, all types of seafood, especially on the coast, tomato gravy, and salads, especially a salad of lettuce dressed with bacon fat and sugar, casseroles, pickles, preserves, potatoes boiled with some BBQ sauce added to the water, fried cornmeal, and corn bread.

When in North Carolina visit

The Barbecue Trail, a 25 mile stretch between Salisbury and Albemarle, where the towns have been known for the tasty and numerous barbecue joints.

On the same path

On your way back

Food in The South - Food in the U.S.A - Food in America