Kentucky is southern cuisine and bourbon.

Kentucky has many working farms, particularly in the west where lakes and rolling farmland abound. It also has bluegrass prairies and horses in the northern plains, the cave country in the center and south regions, and the coal country in the east.

Kentucky is associated with bluegrass and bluegrass music; horses and the Kentucky Derby, legendary bourbons and whiskeys, and fried chicken. Colonel Harland Sanders began cooking his famous Kentucky fried chicken in 1930 at a gas station in Corbin. In his sixties, he set off on a trip around the country to sell his secret seasoning mix and special preparation to restaurants. To attract sales, Sanders decided to dress like and old fashioned colonel, with a white suit and a goatee, for a television cooking show he appeared in together with the first restaurant owner to make his product. Such are the origins or KFC, Kentucky Fried Chicken, whose restaurants are all over the world. 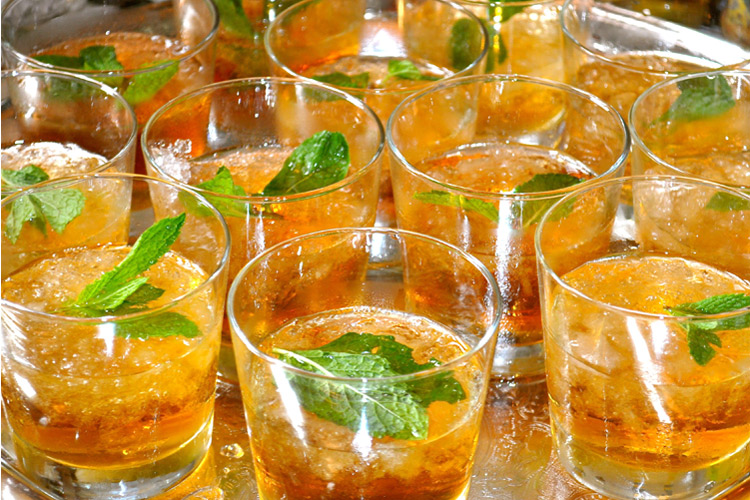 In Louisville is popular Benedictine spread, a sandwich spread and dip for vegetables made from cucumber, cream cheese, onion, salt and mayonnaise. There is a baked open sandwich made with bacon, tomato, mushrooms and turkey, topped with onions fried in butter, milk and cheese, ask for a “Hot Brown” if you want to try it. The chocolate and walnut Derby pie is a favorite in spring time while chess pie, a buttermilk egg custard dessert, is enjoyed in all seasons.

Sweet tea is a popular drink, as it is all over the South. Popular drinks include Kentucky bourbons and whiskeys from moonshine and Wild Turkey to Jim Beam and Maker’s Mark, and the mint julep, a mixture of bourbon, mint, lemon and sugar.

Worth visiting the International Bar-B-Q Festival in Owensboro, the second weekend in May.

Hog jowl bacon is smoked cheeks of pork. It can be sliced and cooked on the skillet as normal bacon is.

Nearly all the world’s bourbon comes from Kentucky.

The mint julep is best enjoyed from a silver cup.

You can buy and sell alcohol in Christian County, but in Bourbon County you can’t.

Barren County is alleged to have the most fertile ground in the whole state.

In 1934, the first cheeseburger in the United States was served at Kaelin's Restaurant on Newburg road, Louisville. This is also one of the first restaurants to try Colonel Harland Sanders fried chicken recipe. 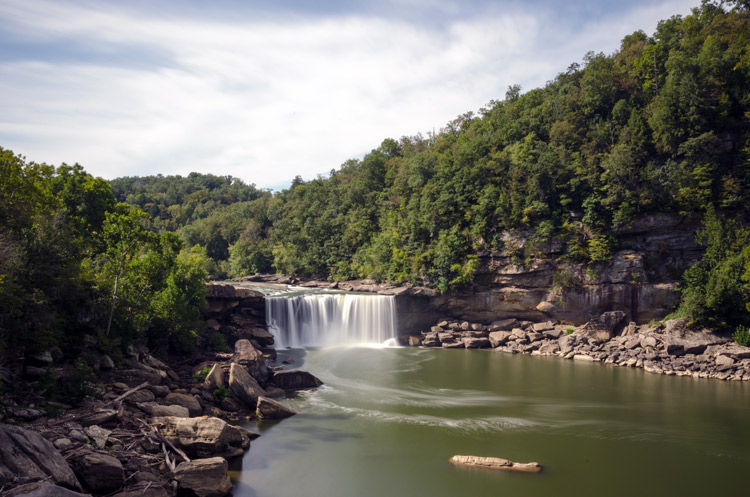