Feeling bushed, exhausted, all in?

Get a handful of blueberries, wash them and eat like that, and enjoy a little energy boost, along with a mother-lode of nutrients. For such a small fruit, blueberries pack a wallop! Let us learn more about this beautiful, and versatile, fruit.

The actual fruit is a tiny round berry with a flare at the end resembling a crown. The color pallet of blueberries as they mature ranges from pale green to reddish-purple, and finally deep purplish-blue when ready to be picked and eaten. Blueberries characteristically have a whitish-gray powdery or waxy 'bloom' that covers the surface as a protective coating. When ripe, blueberries have a sweet taste and a juicy inside. Blueberries usually hit the peak of their season, depending on the region, sometime between May and October.

A healthy dose of blueberries

Several other plants of the same family also produce commonly eaten blue-colored berries such as the predominantly European bilberry, which, in many languages, has a name that means 'blueberry' in English.

Since blueberries must be cross-pollinated, upwards of 50,000 beehives may be needed for the job. Due to the large amount of bees needed, in some cases hives must actually be shipped in from other regions specifically for the purpose of cross-pollinating the blueberries in high producing areas.

Blueberries contain anthocyanins and other pigments high in antioxidant properties possibly having a role in reducing risks of inflammatory diseases and certain cancers - higher content in wild species, similar to its cousin acai berry. Technically speaking, blueberries contain pterostilbene, anthocyanins, proanthocyanidins, and resveratrol, all which inhibit the cell development of cancers. Nutritionally speaking, blueberries are a good source of vitamin C, manganese, dietary fiber, and vitamin E , and are low in calories, so you can enjoy a bucketful without guilt.

Blueberries are a lot of fun to eat. They pop when you bite them and turn everything they touch into a reddish-purple hue. This color change makes pancakes, yogurt, cereal, smoothies, and even ice cream a fun new territory for children. Blueberries are found in many breads and desserts, but also make great jams, jellies, and wines.

Fresh blueberries keep very well and can be packaged and stored easily. Freezing fresh blueberries is a cinch; just put them on a baking sheet in a single layer and pop them in the freezer. They will freeze quickly, and once they are frozen, just pour them into a plastic freezer container. Then when you want blueberries, just shake out the amount you want and let them thaw out. Perfect every time. Because blueberries are so moist, they don't dehydrate well, like bananas or apples do. For that reason, you do not find too many applications for dried blueberries, unless you rehydrate them for a dish first.

How to select and enjoy blueberries

With so many health benefits, the question is not whether to eat blueberries, but how to eat them. First, you need to pick good specimens. Choose blueberries that are firm and uniform in color, not dull-looking or watery.

In fact, water will cause the berries to spoil more quickly, so they should be kept in dry containers in the refrigerator. For this reason, you'll also want to dry blueberries thoroughly after you wash them.

If you can't buy fresh, buy frozen. Blueberries freeze nicely and can be purchased whole or smashed. When you want to eat them, just thaw and enjoy. If frozen blueberries are used in cooking, you can thaw them or throw them into the recipe frozen and just adjust your cooking time slightly.

You'll find blueberry recipes in every section of a cookbook. From breakfast to breads, salads to sauces, and desserts to drinks, blueberries can be enjoyed from morning to night. Even without a cookbook handy, you can eat blueberries very simply as a 'one ingredient' super-food snack.

If you're looking for an easy to eat super-food that is loaded with not only nutrition, but flavor and versatility, get to know this beautiful berry. Perfect as a snack, a dessert, or any number of dishes, blueberries definitely earn their place in your kitchen, and your healthy diet.

No matter how you decide to eat your blueberries, you can't beat the nutritional value. If picking wild blueberries, don't forget to be polite to the landowner and ask permission. Or, plant a few blueberry bushes in your own garden. Invite the bees in and you'll soon have your own blueberry crop to enjoy. Just a reminder: It's not easy to get away with pilfering blueberries - you are likely to get caught 'reddish-purple' handed!

The list of health benefits from eating blueberries is stacking up, and there aren't many parts of your body that couldn't benefit from a little extra blueberry goodness.

If you're looking for a low-calorie, high-fiber fruit with lots to offer your health, blueberries may be just what you need. One cup of blueberries has less than 100 calories, and offers one-quarter of your daily requirement for Vitamin C.

Loaded with vitamins and minerals, blueberries can boast about nutrients that are significant in keeping your brain healthy. Specifically, scientists claim that blueberries maintain and restore a healthy nervous system, prevent the death of brain cells that lead to health concerns like Alzheimer's disease, and keep your memory sharp for a long time. That's a lot of brain power.

Better vision is another benefit associated with consumption of blueberries, due to the fact that they contain compounds called anthocyanosides and flavonoids, which can slow down visual loss, as well as help prevent macular degeneration, myopia, and cataracts. Blueberries also have some heavy molecules which can help prevent urinary tract infections by washing away harmful bacteria.

Another important antioxidant is anthocyanins, known to benefit the prevention of heart disease and good cardiovascular health. Blueberries have been found to contain even more anthocyanins than red wine, long thought to be one of the better sources of this defender against free radicals. Even hemorrhoids, varicose veins, and peptic ulcers can benefit from the antioxidants found in these super berries.

A couple interesting cautions regarding blueberries are coming to light. Apparently, the protein in milk depletes the antioxidant power of the acids contained in blueberries. One study suggests eating blueberries either one hour before or two hours after drinking milk. So, blueberries on your morning cereal may not be, nutritiously speaking, the wise thing to do. Instead, choose blueberries as a high-energy late morning snack or to top off a green salad.

Another interesting aspect of blueberries is that they contain oxalates, which can become concentrated and crystallize, creating some concern for those with a tendency for gallstones or kidney stones. As with other life choices, do all things in moderation and pay attention to allergies and other health concerns before indulging. But, for the vast majority, blueberries offer a wealth of nutrients that will benefit our health and well-being. 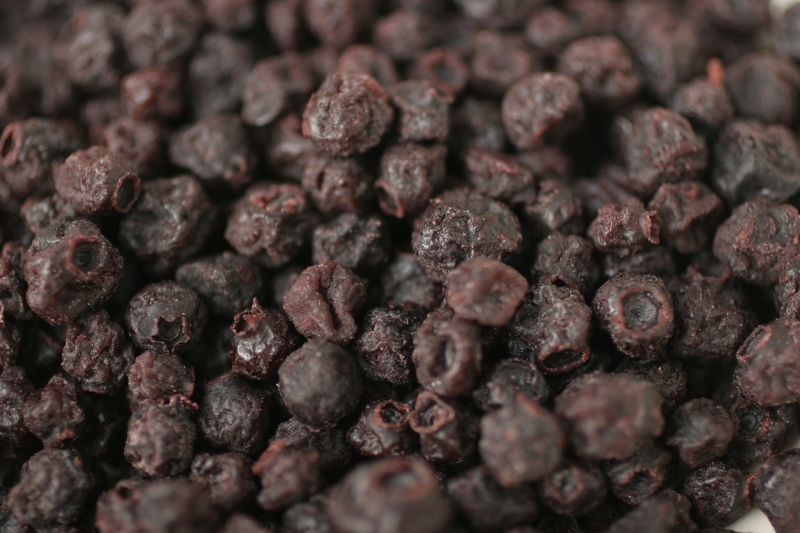