Indiana is a land of contrast between rural areas and college towns.

Indiana is mainly a state of meat and potatoes with big differences between college towns - where international cuisine, vegetarian and ethnic foods are very much in demand - ant the rest of the state. Most people would prefer soda over orange juice, or water. In the south of the state, biscuits and apple butter are very popular.

Indiana people like to eat brain sandwiches which supposedly were created in Evansville. Brain sandwiches are pork brains mixed with a batter made with flour, baking soda, and eggs - seasoned with salt and pepper. The dough is dropped into a pan and fried.

Deer hunting is a big past-time and, in season, there is the opportunity for great deer dishes.

Be careful of hitting deer if you drive around the state in the late fall. This is their "rut" season.

Indiana is a leading state in egg production. It also produces more corn for popcorn than any other state. Popcorn is a type of maize that originates from Indiana. It was first cultivated by Native Americans who called it "pocono". Popcorn became popular in the United States in the late 19th century . It is typically served as a snack food but can also be used in salads ,soups ,and casseroles .

Indiana supplies much of the country's peppermint and spearmint. Other crops include soybeans, wheat, potatoes, and apples. Farms also produce hogs, cattle, chickens and dairy products; Indiana is home to many dairy farms that produce milk, cheese, butter, and ice cream.

Van Camp's pork and beans in tomato sauce, an American favorite, was created in Indianapolis by the local grocer Gilbert Van Camp from and old family recipe. Indiana is also the home of Orville Redenbacher, the king of popcorn, who worked for twenty years at Purdue University to bring this treat to a light and fluffy perfection.

The breaded tenderloin sandwich is a Indiana classic. It is made with a pork tenderloin that is pounded thin, breaded, and fried. The sandwich is typically served on a hamburger bun with lettuce, tomato, and pickles.

Hoosier sugar cream pie is a type of custard pie that is popular in Indiana. It is made with heavy cream, sugar, vanilla extract, and flour. The pie is typically served with whipped cream or ice cream.

Fried chicken, sweet corn and barbecue ribs are as popular in Indiana as they are in the southern United States.

Indiana is home to many bakeries that specialize in pies, cookies, cakes, and other baked goods. It is also known for its fruit pies which are made with fresh fruits such as apples, cherries, blueberries, and peaches. Fruit pies are typically served with ice cream or whipped cream. 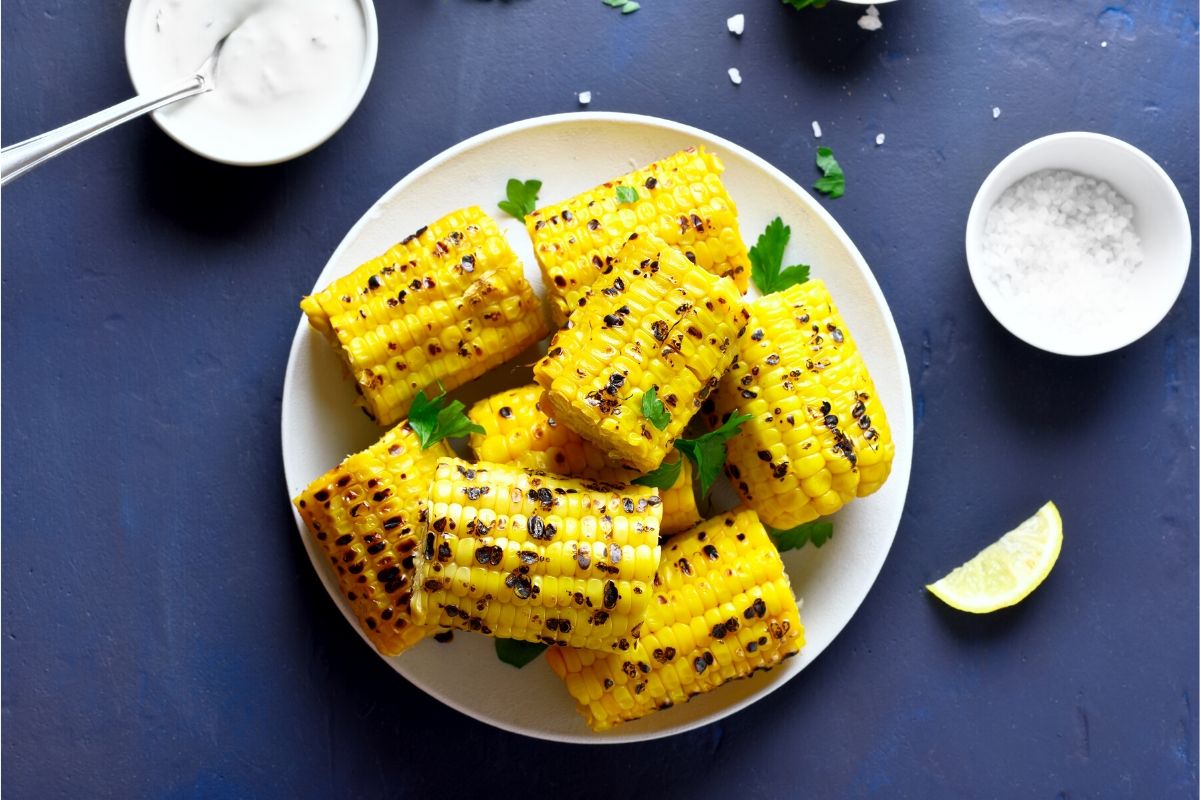 Bern, north east Indiana, where there is a trhiving community of Amish and mennonite people.

Indiana dunes, on the southerd coast of Lake Michigan. This is a completely different landscape to the green corn fields that cover much of the state.

Tere haute, where the iconic Coca-Cola bottle was designed and blown.

For many, many years the people of Indiana have been called hoosiers, however no one knows exactly how or why this tradition started.

Indiana means "land of  the Indians." When the first white - French - explorers arrived to the territory now known as Indiana, they found a tribe of Native Americans called the Miamis.