A taste of Granada

Granada has a unique combination of geographical features that produce some special delights. 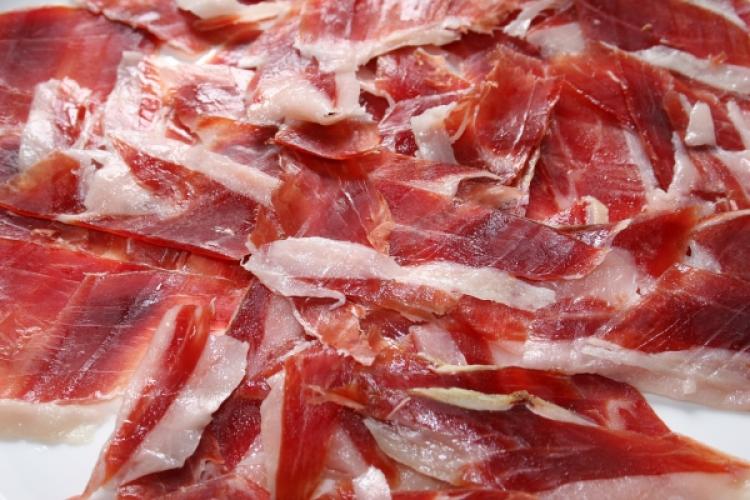 No other province in Spain has the unique combination of geographical features that can be found in the province of Granada. From the capital, which is the city of Granada, you can gaze out over the great plain, or vega, which surrounds the city and the high peaks of the Sierra Nevada mountain range. The warm seas of the Mediterranean lie to the south and the coastal plain is deal for cultivation. These features give a wonderful and varied gastronomy. Delicious dry-cured ham, or jamon serrano, is a speciality of the high villages of the Alpujarra area and is famous all over Spain. Juicy citrus fruits grow in abundance in the south and east as well as semi-tropical delicacies such as mango, papaya and avocado. Fat, delectable olives and fine olive oil are another speciality of the province. Vegetables such as aubergine, artichokes and broad beans are also widely cultivated and form the base of many regional dishes. History has also left the province with an important culinary legacy. Granada was the last bastion of the Moors, North African Muslims, who ruled the Iberian Peninsula for around seven hundred years. The Alhambra Palace in Granada is an amazing testament to their artistic, cultural and scientific achievements. They also made a lasting impression on the regional cuisine. Pomegranates and mulberries were introduced by the Moors and their love of sweets can still be seen in many sumptuous local recipes for biscuits, cakes and deserts based on almonds, sugar and spices. Let´s have a look at some of the mouth-watering specialities of the province.

At an attitude of around 1600 metres, Trevelez is the highest village in mainland Spain. It can be found in the region called Las Alpujarras, at the head of the beautiful Trevelez river valley which stretches into the southern slopes of the Sierra Nevada. The pristine mountain air is perfect for drying this sweet-tasting ham and the emphasis is on small-scale natural production. Trevelez itself has numerous bars and specialist vendors of this delicious cured meat and makes a great day trip. Thinly sliced, jamon serrano is commonly served as a tapa across the province and also features as the base of regional specialties like habas con jamón, broad beans and ham.

Almond trees are abundant in the south of province and are an exquisite sight in February when thousands of trees simultaneously burst into pink and white blossom. Granada produces a particularly high percentage of marcona almonds, which are widely acclaimed as having the finest flavour of all. This type of almond is increasingly specified by chefs in gourmet recipes because its higher fat content gives it a particularly rich and dense flavour. Almonds are a great source of protein and contain iron, calcium, phosphorus, and vitamin B as well as other vitamins and minerals. In fact just two almonds contain as much linoleic acid as 2.5 pints of milk. This polyunsaturated fatty acid is vital to the health of the heart and circulatory system. Almond oil is used in homeopathic medicine and in cosmetics and also makes a great massage oil. These tasty nuts can be eaten roasted, fried and salted, or coated with sugar for a sweet treat. Almonds are also the base of sweet specialties are 'la barrete, made of almonds and caramelised sugar, 'las Tortas de la Virgen', which translates as cakes of the Virgin, and 'roscos de San Lázaro', which are almond biscuits. Turron is another famous sweetmeat based on almonds and they are also used to add flavour to fish and meat dishes.

Saffron is not originally from Spain, but was introduced by the Moors. Their influence can be clearly seen in the Arabic sounding name given to this precious spice, which is called azafran in Spanish. It is a very delicate seasoning spice consisting of the tiny stigma in the center of the purple crocus flower. Each bulb produces just 2 or flowers and when the plants bloom in autumn, the stigma must be harvested within a day or so to keep their rare flavour. Today almost three-quarters of the world’s saffron is grown in Spain and it is prized for its quality. Although it is typically grown in the region of Castilla-La Mancha, small quantities are often cultivated by smallholders in Granada as the lasting influence of the Moors in the province means that saffron is a feature of many local dishes. It is also a crucial ingredient to the famous fish and rice dish, paella, which is eaten all over Spain. Saffron makes a great holiday souvenir and can be found, along with other spices, on the stalls around Granada Cathedral.

The cool, clean air from Granada mountains is ideal to produce the best cured ham.