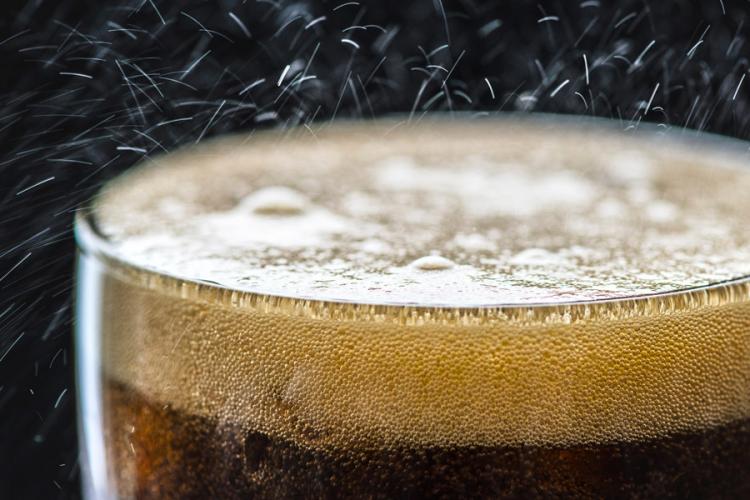 If there is one experience in Britain not to be missed, it is relaxing in a traditional British pub with a foaming pint of proper British beer, or real ale, to be precise. This is a favorite pastime and a very important part of British culture, but the words used to describe beer can be extremely confusing, even for English people.

The term real ale, for example, which can be found in just about every pub, was invented in the 1970s to distinguish artisanal beer produced by time-honored brewing methods by small heritage breweries from its bland, mass-produced counterparts.

Real ale is a natural product made using traditional ingredients and it is left to mature in the cask or barrel from which it will later be served directly to customers through a process called secondary fermentation. Although it is more commonly known as real ale, this type of beer is also called top fermented cask beer and it has a wonderful taste and aroma that mass-produced beers can never match. Unlike beer from large breweries, the yeast is not killed off at the end of the brewing process and so real ale remains in essence a living product.

Beer makers in Britain have had thousands of years to hone their skills. There are records of beer having been produced in the country during prehistoric times. As well as yeast and water, the main ingredients are malted barley and hops, and the cultivation of the latter is ideally suited to the damp English climate. The yeast turns sugars in the malted barley into alcohol and the hops provide the unique flavors and aroma. The hops used in brewing are the flower of the hop plant, which is a member of the hemp family. Hops contain an essential oil with a bitter flavor which balances the sweetness from the grain and also acts as a preservative.

Sometimes, other ingredients are used such as wheat grain and spices are used, but just the basic ingredients of beer can produce a huge variation of flavors and colors. Even the use of different yeast strains can completely change a beer and so can the local water. The waters of Burton-on-Trent, for example, are the secret to the fame of the local Burton Ale. Here, the local water has an unusually high calcium sulphate content, giving a distinct whiff of sulphur to the local brew and a distinctive crisp, dry flavor.

Pale ale is a beer made by the warm fermentation method and uses mainly pale malt, the result of a particular type of coal called coke which is used to dry the barley and gives a lighter color. However, different brewing practices and hop quantities mean that pale ale can include many types of beer such as Amber Ale, American and Burton Pale Ale, Irish Red and India Pale Ale. Confusingly, the most popular English beer, known as bitter is also included in the category of pale ale.

Bitter is a description applied to pale ale which has a high hop content, giving a characteristic crisp, flavorsome “bite” to the beer. The alcohol content can range from 3.5% to 7% and it can be pale gold to dark mahogany in color. British brewers have several loose names for variations in beer strength, such as best bitter, special bitter, extra special bitter, and premium bitter, but there is no general agreement on what these mean. Each brewery and beer drinker can use them differently. Usually though the taste of hops becomes more pronounced in the special and premium categories and premium bitter typically has the highest alcohol content (4.8 per cent or over) so beware if you are driving!

Mild ales typically contain fewer hops and have a sweet, malty taste without the refreshing bitterness of the pale ale family. Mild ales are usually dark in color with a lower alcohol content of 3% to 3.6%, although there are lighter hued examples, as well as stronger more traditional examples that can have an alcohol content as high as 6%.

Mild is sometimes thought to be a relic of an old style of hop-less brewing (remember that it is hops which give British beer a refreshing, bitter taste). However, the term 'mild' originally had nothing to do with the amount of hops or alcohol, but was a type of beer that had not been aged, a process that gives a distinctive sour, slightly acidic flavor. The dark color we see today in mild comes from either the use of roast malt or caramelized sugars.

Once seen as a good option for working men at lunch time as they were unlikely to become too drunk to work, mild has experienced a big fall in popularity over the last fifty years but is enjoying a revival in the hands of a small number of dedicated specialist breweries.

Originally called porter, stout is a strong, dark beer style which is not widely drunk, but is very popular with beer connoisseurs. Variations on the style include stout, oyster stout, sweet milk stout and the very strong imperial stout. All of these are generally available in bottles only. It is even possible to get chocolate stout. This beer does not actually contain chocolate but rather the darkest, most aromatic types of malt, which are said to give a chocolate like flavor. On the other hand, some dark roasted malts can give a bitter coffee flavor to dark beer, which brewers can bring out by adding a small amount of ground coffee during the brewing process.

All of these beers have a very special place in Britain´s heritage and most English people will profess to a favorite style and brand. Look out too for some wonderful exotic names like Oakleaf Heart of Oak, brewed by Oakleaf Breweries or Bengal Lancer, a classic India Pale Ale from Fuller's brewery.

Explore the world of beer. Liking good wine will help you appreciate a good beer.