German food is big in Iowa. There are also lots of pork and barbecue places where you can find delicious corn on the cob.

Hogs, corn, soybeans, oats, cattle, dairy products and food processing are major industries in Iowa. Iowa is part of the Cornbelt together with Illinois, Indiana and Ohio.

Iowa is known for its corn which can be defined as its star crop, being the main producer of corn in the United States.Corn is used in a variety of dishes, including corn on the cob, cornbread, and creamed corn. On summer nights, Iowa farmers say you can hear the corn growing. Not sure if you can hear corn growing, but surely you would be able to see it because, during peak growing time, corn stalks can grow an average of 5 inches per day and that's a lot of growing.

Soybeans are another star crop in Iowa, being the main producer in the United States. Soybeans are used in a variety of dishes, including tofu, tempeh, and soy milk.

Iowa produces a variety of dairy products, including milk, cheese and butter. It is also a know productor of maple syrup and honey.

German food is big in Iowa, including smoked hams and sausages, fresh pastries and homemade wines. There are lots of pork and barbecue places in Iowa.

Corn is a staple of Iowa cuisine. Corn on the cob is huge, but it is an exception as fruit and vegetables are only the lesser in Iowan's diet. Boil it or wrap corn in tin foil and grill at a barbecue then serve with salt and butter over the corn. To eat, pick the cob with corn holders, or with your hands, and bite off the corn kernels. Corn is also used to make a variey fo soups, stews and casseroles. The other vegetable to appear as often as corn in the Iowa tables is the potato. Potatoes are hearty and filling. They can be boiled, mashed, roasted or fried and are often used as a side dish alongside the meat or polutry main courses. Aditionally, potatoes are used to make a variety of soups and stews.

Pork tenderloin is a common main course, as it can be grilled, roasted, or baked. Pork chops are also popular, and they can be pan-fried, grilled, or baked. Bacon is another pork product that is commonly used in Iowa recipes, as it adds flavor to a variety of dishes.

Beef is also commonly used in Iowa recipes, as the state is home to a large number of cattle farms. One popular way to prepare beef is to grill it, although it can also be roasted, baked, or pan-fried. Beef is also often used in stew recipes as well as ground beef recipes such as hamburgers and meatloaf. 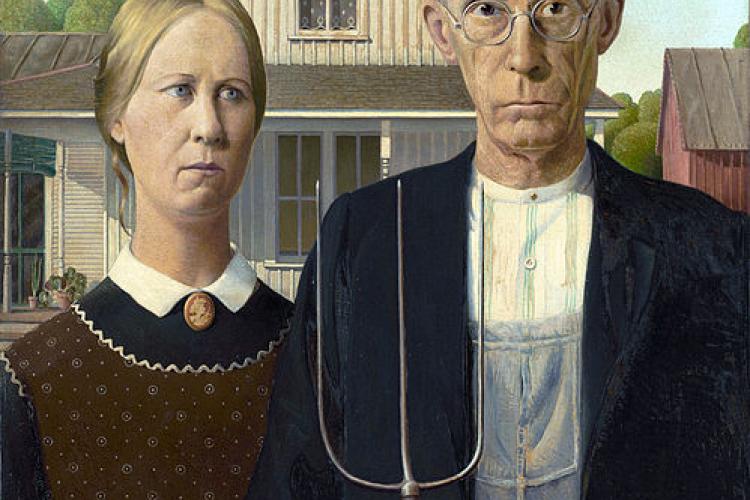 Sauk and Fox - or Sac and Fox people - tribes where relocated to Iowa from Illinois, Iowa takes its name from a tribe of Native Americans who lived in the area when the earliest settlers arrived - their word Iowa was thought to mean "beautiful land" - and it is known as the Hawkeye State in honor of chief Black Hawk, a Sauk leader. Iowa was part of Louisiana after the French explorer La Salle claimed the Mississipi River valley for France.

Sioux City, on the Missouri, and dance in the paillion or stroll along the riverside park. You can also visit the casinos.