Pasta, the basics of a great food

There's a good reason pasta is high on nearly everyone's list of favorites. 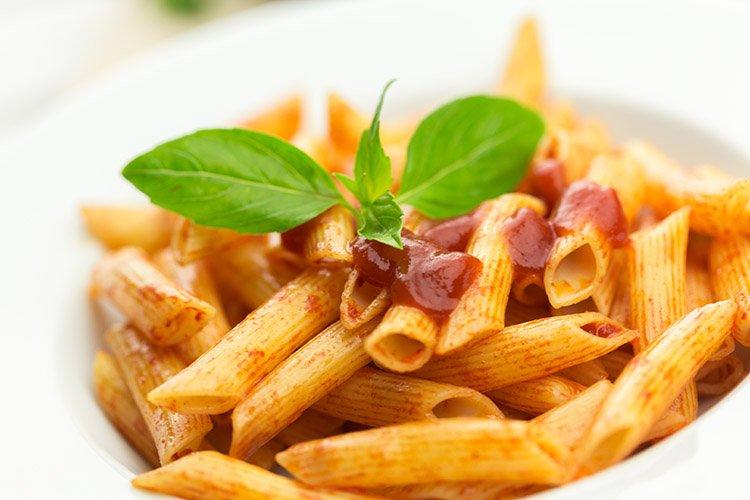 Pasta is versatile, healthy, tasty and easy to work with. It provides the base for hundreds of delicious recipes, whether drowned in sauce or chopped up plain in a salad, or even as an ingredient in a stir-fry.

You can even easily make your own pasta from a simple recipe, aided by a pasta maker. Simple mixtures with a bit of kneading, followed by stretching, slicing and coloring (or not) provide for a dozen different types.

All pasta is made from a simple flour and egg mixture, blended together and sliced in different ways. Thin and long or short and tubed, it offers structural variety and a taste that is delightful even plain with just a sprinkle of olive oil.

Since it's made from flour and egg, pasta makes for the perfect ingredient for many healthy recipes. Whether combined with a slab of fish that's chock full of omega-3 fatty acids, or just served plain with a fine glass of red wine, this simple food can be great for your heart.

Because of the gluten and starch that threads throughout pasta, along with its geometry and combination of stiffness and flexibility, this versatile food makes for a great base. Sauces cling to the starch, the geometry allows for creative stuffing and the flexibility makes possible a wide variety of attractive serving options.

Pasta has an ancient and honorable history. While stories of being introduced to the West by Marco Polo are mythical, it nevertheless has graced kitchens for centuries. Ancient Chinese certainly had a hundred uses for this flexible food. The Etruscans, progenitors to the modern Italians, were no stranger to the delights of pasta.

Pasta can serve as a great comfort food, without being high in fat. It can be used in the most sophisticated dishes that justify high prices at elegant 4-star restaurants. Pasta is found in a hundred forms from all around the world.

Everything from simple alphabet soup or chop suey to a more complex Tortelli di Zucca can be found along one's travels. The latter is common in Mantova at the base of the Apennines and a trip to Italy would not be complete without trying some. But even a simple macaroni and cheese at home can be plenty satisfying on a cold evening.

For such a simple to make food, pasta has an amazing variety of uses in cooking. At the same time, it tastes great and satisfies. How many foods can say that?

Pasta From Around The World

Pasta is made from simple ingredients - wheat and eggs. And by such a simple process (just a little mixing). Those two facts almost guaranteed that pasta would find its way around many cultures. But learning where and how and which type reveals a few unexpected twists.

The source of wheat for pasta is something of a surprise. America has huge wheat farms, and the climate in Italy helps give that country the best durum output in the world. Semolina flour made from durum wheat is the source of one major category of pasta. Yet it was from the rich fields of the Ukraine that America's supply came in the early years of the 20th century. In recent years, Australia has risen to be one of the major producers.

The versatility of pasta is equally unexpected. Italian pasta dishes are well-known throughout the world. Pizza is ubiquitous and spaghetti with marinara graces tables from Palermo to Poughkeepsie. But there are pasta dishes equally delicious that hail from parts far and wide.

Though the name may be Italian, a Thai pasta salad made with vermicelli is as native as it gets. Tomatoes, snow peas and miniature corn cobs form the major ingredients in this delightful Asian dish.

Though it's not hard to find pizza in Iceland these days, the native pasta dishes make for a delightfully different experience. This seafaring nation, not surprisingly, makes a lobster and shrimp pasta dish called Sjávarrétta that is to die for.

Mexican lasagna may have little in common from an ingredient perspective with its Italian counterpart. But the results are equally magnificent. Made with black beans and Mexican cheese, it will be appreciated no matter where you live.

Pasta dishes have been gracing Greek tables for thousands of years. The truly adventurous might want to try some htapothi makaronatha, otherwise known as octopus pasta sauce.

Then, of course, one shouldn't overlook native Italian dishes. Tortelli di Zucca is enjoyed throughout Mantova, at the base of the hills of the Apennines. But traveling to the flatlands along the Po River one can find many local variations. Made with squash, then mixed with pears, mustard and amaretti, with a little Grana cheese, this fruity dish is delicious.

But even plain macaroni and cheese is still immensely popular. Introduced as a pre-made, dried meal in 1937 by Kraft, it was heavily consumed in WWII. Yet it still satisfies many comfort-food seeker in America.

No matter where you go around the world, you'll find this simple food in the most amazing styles and combinations. One sign of a great food is the versatility with which it can be used. From that perspective, pasta may just top the list.

A brief history of pasta
Pasta preparation, cooking and serving tips from the pros
Pasta shapes, the long and the short of it
Basic dictionary of pasta shapes
How to make homemade pasta
Homemade pasta machines
Pasta and your favorite wines

Pasta for all seasons

Spring - Pasta Primavera, the name says it all. In spring, serve pasta with vegetables.

Winter - Chicken noodle soup is the definitive winter conforter, isn't it? And a baked lasagna is also a warming meal.

Learn how to cook pasta, including pasta salads.

Don't forget that, for pasta, the sauce makes the dish.

Planning your own Italian dinner? Some ideas about how to lay the table, Italian style, to create the perfect environment to show your Italian recipes to the best advantage.

Looking at the wines in Italy, a brief description of most popular Italian wines, will help you choose your Italian wine in a restaurant or for a home Italian dinner.

Does your love for wine point to Tuscany? Consider staying in a working winery, combine learning and travel with a wine course, or take a simple wine tour in Tuscany.